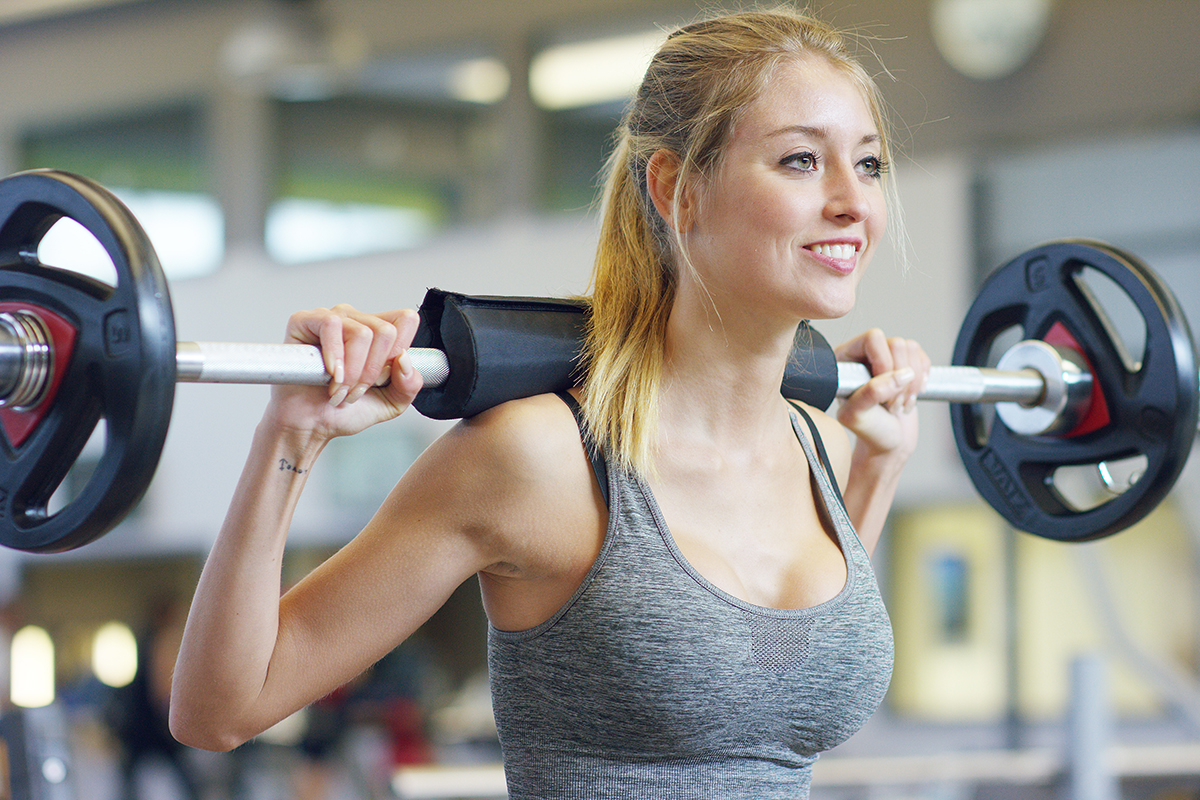 Several times I have seen athletes, bodybuilders, military personnel, and even the weekend warriors for injuries related to one of the most popular exercises in the gym… The Squat!!!

With so many variations on how different people do the squat, one must ask, “What is the correct way to do it?

Whether you are doing the squat yourself or your teenager is preparing to do the squat for football season, this article will give you a way to evaluate whether it is being done correctly.

The National Strength and Conditioning Association states that the squat, when performed correctly and with appropriate supervision, is not only safe but can be a deterrent to knee injuries.

Forces on the Knees and Back

Despite popular belief, the squat does not place excessive load on the anterior or posterior cruciate ligaments (ACL and PCL – important ligaments for stability) at the knee.  Research has shown that it produces less strain on the ACL and PCL than a simple knee extension machine exercise.  These ligaments actually take the most load when a squat is performed above 50 degrees of knee flexion (deeper squats) or with the heels elevated from the floor.  When weight lifters attempt to limit the pressure on their knees however, they often compromise their technique and increase their forward lean which places more shear on the lower back and the hips.  Research has found that a forward or an upward gaze actually reverses the detrimental effects of the forward lean.

As the depth of a squat increases, the force on the patello-femoral  joint (under the knee cap) and the tibio-femoral joint (where the thigh and leg bones meet) increase as well.  Unless doing a deep squat is necessary for a sport specific task a squat at 45-50 degrees is enough for proper muscle activation.

Research has shown that there is not a noticeable effect on muscle activation whether the feet are in a neutral or internally or externally rotated position.  The primary difference in foot placement is found in wider stance widths.  A wider stance results in increased adductor muscle (muscle on the inside of the thigh) activity and greater total muscle force output.  It is widely accepted among researchers that the hamstrings are minimally active during the squat and should be specifically targeted in additional exercises.

So What is the Conclusion?

Based on the reviewed research, the best squat technique to reduce injury and get the most muscle activation is with a wide stance (slightly wider than the shoulders), with both heels on the floor, a forward or upward gaze, with a full depth for athletes or a more functional depth of 45-50 degrees (half squat) for the average person.

If you are already suffering from pain when you do the squat or any weight training, or your child is preparing for weight training and needs guidance, do not hesitate to contact your physical therapist today.

4 Tips to Combat The Effects of Sitting All Day