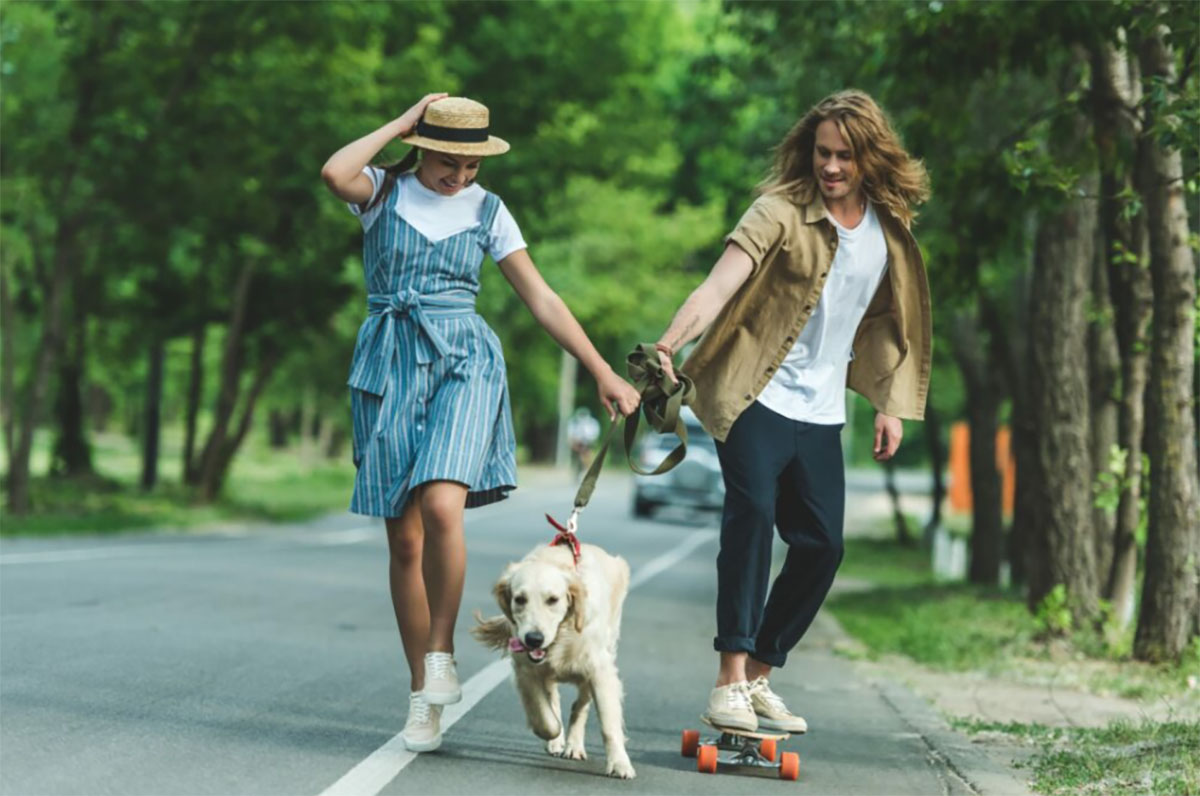 It turns out our furry friends have more to offer us than companionship and unconditional love.  Multiple studies actually show that dog owners are generally healthier and more likely to meet national fitness benchmarks than non-owners.

How likely? According to the American Heart Association, dog owners are 54 percent more likely to get the recommended level of physical activity each day.

In general, pet ownership has proven to lead to a number of great health benefits associated with happiness, reducing stress and lowering blood pressure. But dogs are special. Because they need exercise and often demand it from us, they have a persistent way of urging us onto a path toward more exercise and better health.”

A 2013 study published in the Journal of Physical Activity & Health showed that dog owners take an average of 2,760 more steps per day compared with those who don’t have dogs. This amounts to 23 additional minutes of moderate exercise per day. Another more recent study published in 2017 by BMC Public Health backs these numbers.  I don’t know about you, but my Fitbit loves those added steps.

According to the Centers for Disease Control & Prevention (CDC), adults should get at least 150 minutes of moderate-intensity exercise (i.e., brisk walking) each week. And of course, achieving such benchmarks help individuals improve and maintain long-term health – both physical and mental wellness.

Walking is one of the best physical activities nearly anyone can do, and, taking a dog out for a walk often makes the activity more enjoyable and feel less like exercise – less like a chore.

Approximately 54.4 million U.S. households own at least one dog, based on stats from the Humane Society of the United States.

Pets require lots of love, care and responsibility, and simply having one isn’t going to immediately make you a marathon runner but, if you love animals and could use some added motivation to get outdoors, dogs have a way of pushing you in that direction.

The Comprehensive Guide to Healthy Running

Another Way to Decrease Pain