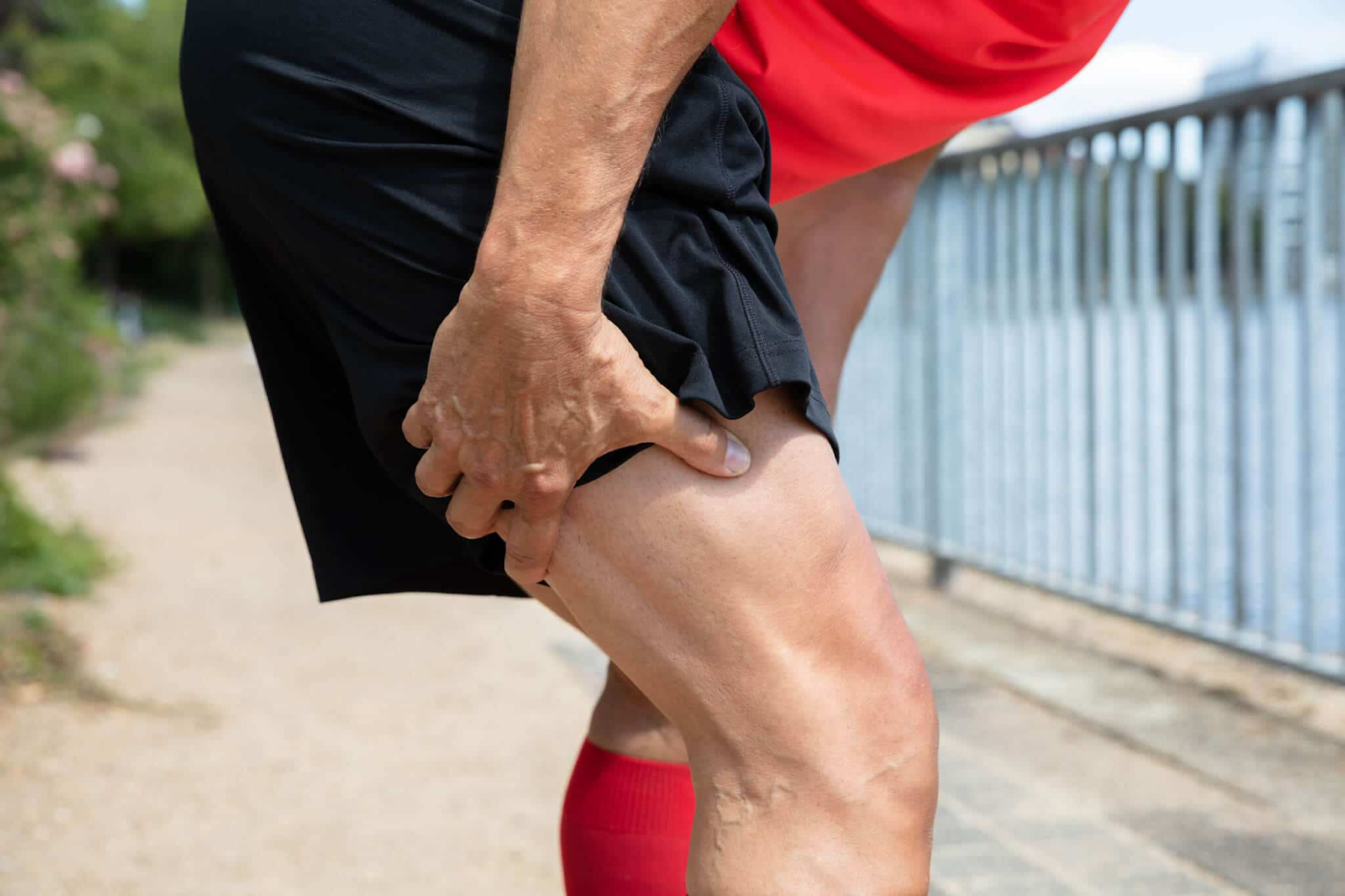 What is it: A hamstring strain is an injury in the leg to one or more of the muscles of the hamstring due to the muscle being stretched too far. This can commonly occur in sports that require someone to engage in sprinting, sudden stops, and directional changes such as tennis, soccer, football, baseball, and track/cross country. This type of injury can range from mild (Muscle pull) to severe (Full tear of the musculature).

The hamstring is located on the posterior (Back) of the thigh and is comprised of three different muscles (Semitendinosus, Semimembranosus, and the Biceps femoris long and short head), which originate at the lower aspect of the pelvis and the ischial tuberosity and inserts onto either the tibia or fibula. All three hamstring muscles (With exception of the short head of the biceps femoris) are considered two joint muscles as they cross two joints (The hip and knee) and are involved in extension at the hip and flexion (bending) of the knee.

When running, the leg moves into a flexed position at the hip and extends at the knee, which places the hamstring on a stretch over both joints. This motion performed quickly and forcefully can cause the hamstring musculature to be overstretched resulting in a strain.

Other than participating in sports that require sprinting/running, individuals who have experienced a previous strain of the hamstrings, have poor flexibility of the hamstrings, or a muscle imbalance between the quadriceps (A group of muscles on the front of the thigh), and hamstrings are at risk. 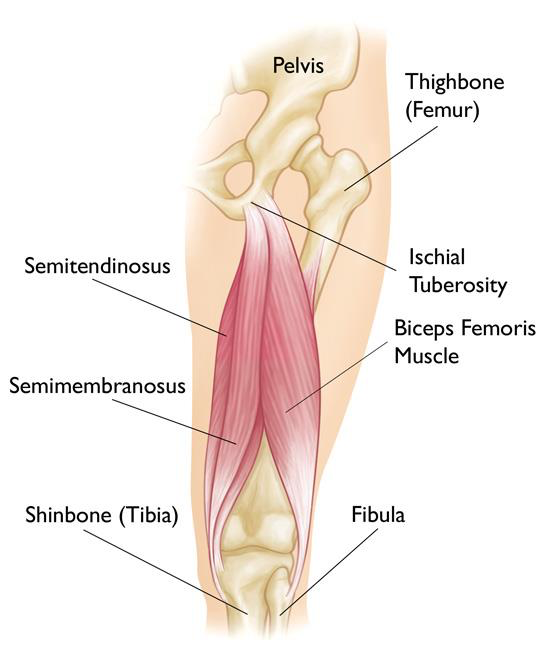 This is further increased when not engaging in a proper warm-up, having poor running mechanics, being fatigued, and running on wet or slippery surfaces.

How is it diagnosed: In order to determine what type of injury was sustained a physical examination is performed by either a doctor or physical therapist. During this examination, they gather a history of what caused the injury, assess for bruising, tenderness, swelling, or a palpable lump over the hamstring musculature, flexibility of the hamstrings, strength, and pain with contraction of the hamstrings.

In addition to the physical examination, a doctor may order an MRI or ultrasound to determine the size and exact location of the tear. A radiograph (x-ray) may also be ordered if a fracture is suspected.

A strain can be categorized as one of the three grades. Grade 1 occurs when the muscle is overstretched, but not to the point of a tear. Grade 2 is a partial tear, while a grade 3 is the most severe with a full tear of the musculature or the muscle causing an avulsion (Removal) of the bone.

Symptoms: The individual may feel a sudden sharp pain in the middle of the hamstring or popping sensation during the activity that caused the injury. This is typically followed by swelling or bruising (Black or blue-ish in color) of the hamstrings. The individual may also report increased weakness when using the affected leg or increased difficulty bearing weight through that leg causing a limp when attempting to walk. They may also feel pain in the hamstrings, and the lower part of the buttocks with a touch to that area and while walking, straightening the leg, or bending forward with the trunk. 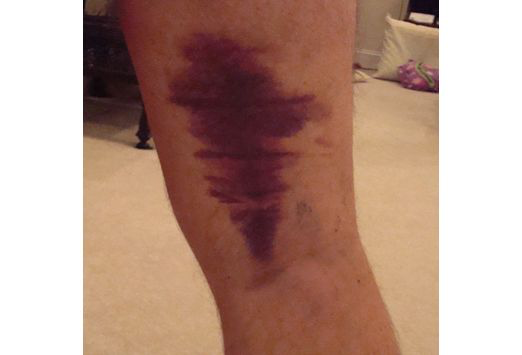 How a Physical Therapist can help: The good news is that most hamstring strains can be treated effectively without the need for surgery. A physical therapist can assist with the treatment of the symptoms and act as a preventable measure of experiencing a hamstring strain with an overall goal of restoring the function of the muscle and limiting the formation of scarring. Education can be provided on how to manage current symptoms using the RICE method (Rest, Ice, Compression, and Elevation). This typically includes avoiding activities that result in the increase in pain and using crutches or an assistive device depending on the severity. Applying ice for periods of 20 minutes multiple times a day, using compression such a sleeve or ACE bandage, and elevation the affected leg above the level of the heart can assist with controlling pain and swelling.

Each specific treatment plan will be determined by the physical therapist based on the individual’s overall health, activity level, symptoms, and severity. As pain becomes more tolerable, a stretching regime and activities to promote a range of motion are implemented. This promotes the muscle to move normally and avoid further atrophy (Loss of muscle) of the hamstrings. After a range of motion has been restored, a progressive strengthening program is introduced to the hamstrings and surrounding musculature at the lower leg, knee, hip, and core. This also includes education and training for normalization of the lumbopelvic control and stability.

Prognosis: Recovering from a hamstring strain is good, but the time in which it takes to recover can vary depending on the severity of the strain. It has been found that most individuals recover from the injury in ~40 days, but can be longer if surgery is required. There is also an increased risk of re-injury within the first year, but following guidelines and education provided by a physical therapist can help to prevent this from occurring.
For more information on hamstring strain and how a physical therapist can help refer to ChoosePT provided by the APTA (American Physical Therapy Association).